At Laidlaw Motorsport Services we can cater for your general motorsport needs, everything from single component refurbishment/rebuild including crack testing of components, media blasting and machining as well as fabricating services to a  complete race car restoration build or new concept build.

Having over 35 plus years full time in the motorsport industry Les has a wealth of knowledge and contacts.

Coming from a small central North Island New Zealand town of Taupo and while completing a motor mechanics apprenticeship Les got involved with the local car club and competed in hill climbs and Gymkhana (Motorkhana) events.

Having got the motorsport bug Les’s first circuit race car was an ex Shell Sport Mini with Arden cross flow head, having a few engine issues he decided to sell it as it was proving too expense to run while on apprenticeship wages. He then acquired the Ex Alan Boyle Coca Cola Viva as a rolling shell, in typical Kiwi fashion he promptly shoe horned a Bridgeported Mazda rotary engine into it and competed at Baypark. 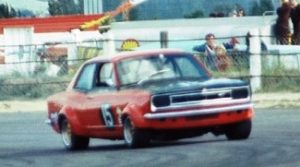 Since those early days Les has been involved full time in the motorsport industry having worked in the USA and for some of Australia and New Zealand top race teams and drivers including the likes of Ralt Australia, Ralt America, Andrew Miedecke Racing, Dick Johnson Racing and Stone Brothers Racing.

Here is a look at Les’s history. 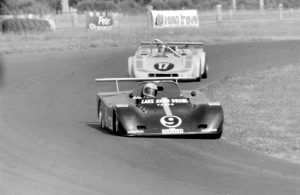 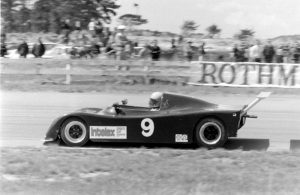 1978-1980 Helped build, prepare and maintain various Shell Sport race cars for local driver Warren Steel. Also a stint at Reg Cook’s CMR factory building a Vauxhall Chevette for the Dealer Team and a left hand drive Mk2 Escort for the Shellsport series. During this time he also ran his own Sports Sedan at limited events

1981  Serviced on the Motogard International Rally for Bruce Reid in his Ford Escort.

1982 Moved to Australia and resided in Perth West Australia. During that time Les met local driver Geoff Nicol who had just purchased a 1981 model Ralt RT4 Formula Pacific/Alantic car, which led to many years working on open wheel cars. During that year they travelled to Malaysia to race the car against many international drivers and that’s where he was introduced to Andrew Miedecke who offered Les a job based at Port Macquarie to look after his Ralt RT4 while he competed in the Gold Star Championship.

1985-1986 During this racing  Les headed to the USA to work for Ralt America with the RT5 doing the Super Vee championship which ran at road course and ovals at the same meetings as Indy Car.
On his return to Australia Les was back with Graham Watson at Ralt Australia, doing the New Zealand Formula Pacific/Atlantic summer series and the Australian Gold Star Championship, taking out both the Australian Gold Star Championship and the New Zealand Formula Pacific Championship with drivers Graham Watson and Ross Cheever and later working with the likes of  Paul Radisich & Kenny Smith. 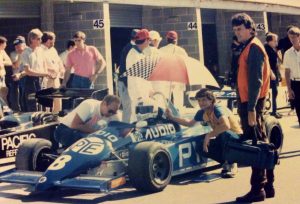 1987 Andrew Miedecke contacted Les and wanted him to look after his newly acquired Ford Sierra Cosworth RS500 for the OXO Supercube race team. In those early days with two employees fulltime they ran 2 cars and Les also drove the race transporter. 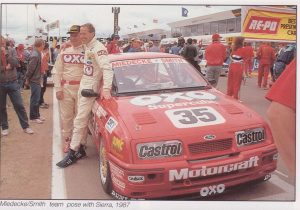 When the Miedecke team shifted to Queensland and needing a break from the Group A scene Les stayed on in Sydney where he was involved with Appendix J race cars and in the building of a Falcon Sprint for WA driver Bill Meeke, and a Lotus Cortina for Bob Pearsons’s Pro Duct team.

With, having setup his own workshop Les serviced, maintained and engineered the Rob Tweedie Falcon Rallye Sprint and the ex Glen Seaton Ford Sierra Cosworth RS500, Restored a Mini Cooper S and did various fabrication/modifications to race cars and also a Jaguar D Type replica to make it look more period.

1991 Les returned to do the New Zealand Formula/Atlantic  Pacific Championship with Paul Radisich, in a Reynard 90H, finishing 2nd in the championship and then taking the car to America to do a one off race at Long Beach, They qualified 3rd and finished 2nd in a 36 car field. 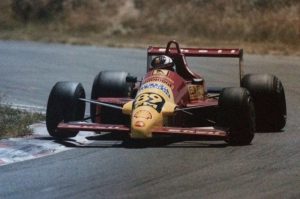 1998 Les left the DJR team after a stint as  the Team Manager and over the next few years did various consulting jobs for race teams and also setting up the Cat Racing team in Perth WA.

2013-2015 When Stone Brothers sold the team end of 2013 Les stayed on with the new owner in the role of Spare Parts Manager till mid 2015 and it was then time to leave the V8 Supercar scene.

2015 to Present since leaving the V8 Supercar championship Les has setup his own Business and moved back into part of the old Stone Brothers Racing workshop to restore/build and rebuild racecars and components. Already having completed a bare shell rebuild of the 1991 Peter Brock Ford Sierra . Les has quite a few other projects on the go.

In Les’s spare time he rides his Triumph Rocket 3 which is the largest capacity production motorbike built at 2.3 litres. On a quest for more power he has developed a large diameter custom exhaust header and muffler system and to compliment it has also developed an air intake duct (OzClaw) to replace the standard bearclaw.  They can be viewed in the LMS performance products section and are available. 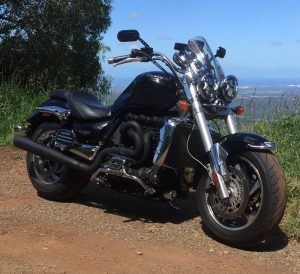